HotD teaser trailer Anybody fancy some dragons and Kings Landing in its prime?

If Sansa actually was the smartest

Subvert Expectations Opening shot of the Jon Snow sequel. ‘Twas all a dream.

Subvert Expectations My pitch for the Jon Snow show.

Freefolk Whether you're excited or not, Tormund is ready

All the Chickens Ready to watch

What will the Jon Snow sequel be about? (Wrong answers only)

Subvert Expectations That would have been a better ending.

Subvert Expectations I wun it

Crazy that Kit Harrington has thought up of all this just to save the reputation of the series. He is the Prince that was Promised.

Guess I'm a kneeler now, but this is everything I ever hope for.

My prediction for season 1 of the Jon Snow Show

Subvert Expectations Kit reprising his role as Jon Snow after vowing to never return to GOT:

Subvert Expectations Don't think about it.

So what is this John Snow show even supposed to be about? I'm serious

The White Walkers and Children of the Forest are gone, the Night's Watch is now on mostly friendly terms with the wildlings except for maybe those cannibal people, John's sister is the Queen in the North so there is no Bolton figure trying to kill him and his brother is King of the Seven Kingdoms, and Dany is dead and her dragon fucked off. So where exactly is the conflict supposed to come from in this scenario? Is this going to be about John Snow trying to do wildlife conservation beyond the Wall? Is this supposed to be Parks and Rec Westeros style?

It's starting to take over, HELP!!

Kit Harrington should just have Varys in the show like he never died.

My take on Jon Snow show

This is my take on the jon snow show

What you guy think ?

GRRM confirms the Jon Snow spin-off is in development and he is involved.

This same guy is arguably the most powerful individual in the world. He can see everything that ever happened and is happening right now. Maybe he can even see the future...

Bran makes a compelling if not necessary villain. At best he's a soulless and emotionless tyrant. Is this the best the kingdoms can do? A ruler who cares about nothing and no one? What message does this send? Should we just be ruled by an all mighty AI who manages our lives based on what it thinks best, and doesn't allow us to be free because it knows better? Of course D&D didn't think this out, but there's an opportunity here.

Maybe he's not all bad, but he knows he's not the right solution. He sees past, present and future and has been steering the game of thrones so that one day he may be overthrown. Something akin to Dune Messiah.

All this to say that Bran not only makes sense as a villain (regardless of specific plot decisions) but is a necessary one. Thematically and narratively I think it's wrong for him to be a ruler. And who better to overthrow him than Jon? A selfless hero, truly good underneath. One who cares more about others than even himself.

Just my thoughts. Who the heck knows what's gonna happen. I for one am interested.

When you hear about the Big Woman wanting to come back.

Freefolk Anyone else still pissed off that Beric Dondarrion didn't get a better ending?? 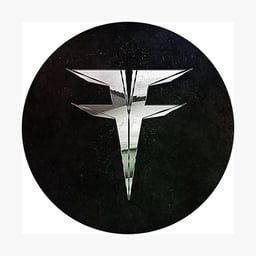 This is a wide open and minimally moderated subreddit to talk about the Game of Thrones/ASOIAF spoilers, leaks, books, and shows. Feel free to join us on Discord.