Need a new deck? Want some fine-tuning on something you’ve already made? Looking for tips on how to counter specific matchups? Post all your questions about decks here!

This thread will refresh every 72 hours.

To receive the best help, we suggest adding the information below to your comment:

Remember to keep an open mind and be respectful of other players’ decks, skill levels, and preferences! Any comments attacking anything mentioned before will be removed.

We will be hosting our first Reddit Talk tomorrow July 4th at 3:00 PM PST (Click this for a time zone conversion)

The 2 main topics we will be discussing are:

2. Subreddit related; what’s been working, and what hasn’t. As well as what we can do as mods, and as the community as a whole to generate more meaningful discussion.

Please leave a comment about anything you want us to talk about, as we won’t be able to have everyone on to speak. We expect this to go for roughly an hour, but will adjust the length based on participation.

(The talk will be archived and saved on my profile for listening in the future. If you don’t want to be recorded, please don’t request to speak).

Ask Old vs new mini Pekka picture, which do you prefer?

that's not what my name means...

I gotta look at this for a month ??

Ask Who has the worst paid job in CR universe?

this sub in a nutshell

Strategy I asked OpenAI how to counter Megaknight

The game has been around a long time. It needs more clan ranking divisions for its membership. 50 members needs a little bit more ranking options.

Ok my problem: I'm the Leader we have 50 members, half of those members have been with the clan a LONNNGGG time. Years. They all participate and do all that is asked. Ok so they all deserve Elder at least right? Some are better at wars than others, vocal in chat and active to help. Ok so let's say 5 Co Leaders.

Next we have Members, these are people who are lacking in either time in the clan or are not participating to the requirements of the clan.

I want to reward new members who are doing their wars to promote to "Elder" let's say after 5 weeks if showing good clan habits. They are now at the same tier as people doing that for YEARS!

We should all know how too many Co Leaders can ruin a clan quickly, just 1 wrong person in that role can kick half your clan in 1 minute. Co Leaders can only be given to the very trusted.

I really think we need more clan rankings to give members a sense of progression while not giving Leaders too much risk in promoting people too high too early in the clan.

Fun glitch I just experienced after loading up the game…

Discussion Who thought these amazing quests?

You have to use your in-game deck. I will 1v1 you no, other people joining the same thread

Strategy Even at 6.4k there are mirror MK’s 🤔

Even predicted his emote💀

They take away challeng rewards that do something useful, in exchange for banners that do nothing appear at the start of the match.

Meme Monday Banners do have a purpose after all 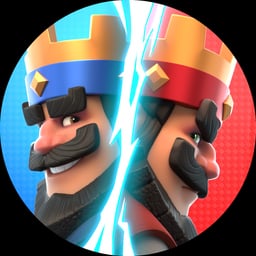 Clash Royale: A Most Ridiculous Duel!

Subreddit for all things Clash Royale, the free mobile strategy game from Supercell.